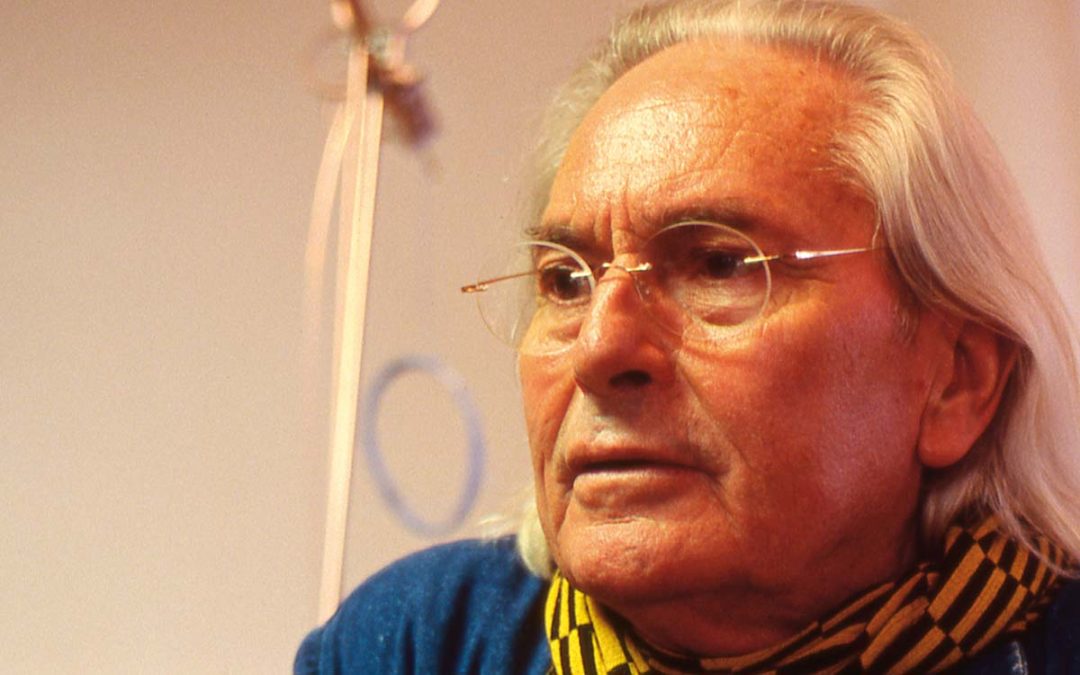 [GER]
The king of light

To call him the king of lighting design is probably an understatement; during his 40-year career more than 200 unique products have been designed in Ingo Maurer’s studio in Munich. His style and technique has always been as trendsetting as it is astonishing. From the beginning he has defied current ideas of what electric fittings should look like. FutureDesignDays is proud and sincerely honoured to welcome “The poet of light” Ingo Mauer to Sweden for the first time.

Ingo Maurer is a self-made man; he does everything by himself from scratch, even the advanced technique that you can find in his electric fittings. He is intuitive and really goes with his gut. His style is, according to an interview in International Herald Tribune, “a combination of the best parts from German culture”; some Bauhaus, a bit of modernism and some dashes of romance. Maurer had his real breakthrough in the 60’s, turning the world of design upside-down with his icon-lamp Bulb, a lamp that looks like a naked, gigantic light bulb. Since then his work has been continuously mind-boggling and refreshing. For example: lighted up tin cans, electric fittings dressed in feathers or broken china. Ingo Mauer is an artist who continues to challenge and provoke to prove it’s possible to combine the incompatible. His biography from 2002, “Passion for light” is literally a telling example of Maurer’s philosophy. Of course the book isn’t just a book; it’s also a lamp.

Ingo Maurer was born in Germany in the early 30’s. He began to study graphic design. In 1960 he moved to USA earn his living as a free-lancing designer in New York and San Francisco. Some years later he returned to Germany and 1966 he started his own studio in Munich. You can see all of Ingo Maurer’s classic pieces at the Museum of Modern Art in New York; Bulb, Gulp (1969), Light Structure (1970), Little Black Nothing and YaYaHo (1988) as well as Los Minimalos Dos, Lucellino Wall, Wo bist Du, Edison…?, Zettel’z (1999) and Porca Miseria! (2003). Ingo Maurer’s enthusiasm and pioneer spirit does not seem to fade at the age of 75. His latest project is Early Future, a desk lamp with OLED (organic LED) in cooperation with Osram, the worlds biggest producer of light sources and lighting systems.