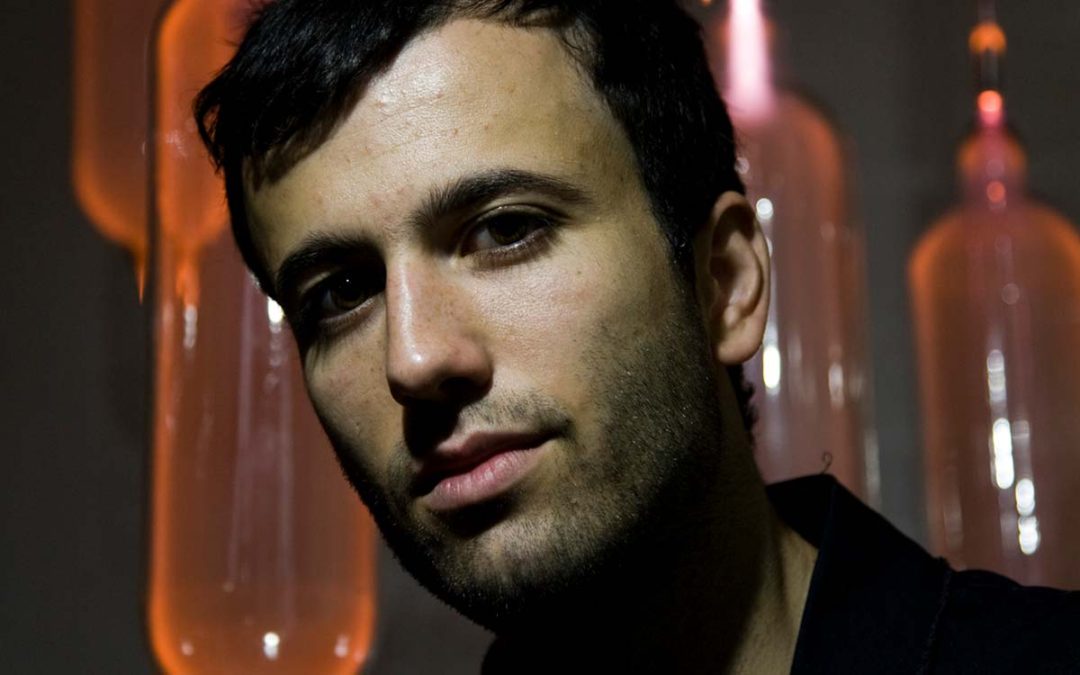 Paul Cocksedge, at the present one of Britain’s most talked-about designers, made an acclaimed performance together with Swarovski at the Milan Furniture fair in April. A gleaming drapery consisting of 1440 Swarovski-crystals, in combination with a mirror, created an optical illusion where one of the art history’s most famous characters played the main role. On the 2nd of February 2009 Paul Cocksedge will take the stage at FutureDesignDays.

Now, Paul Cocksedge is hardly unused to attention. Despite his young age his design has already been exhibited at the London Design Museum and the Powerhouse Museum. His work is also represented in the permanent exhibitions at the Victoria & Albert Museum and the Pinakothek der Moderne, Die Neue Sammlung in Munich. Cocksedge’s distinguishing feature is the unexpected, regardless whether it’s about technique or material. His Bulb for example, a “vase-lamp” where the light is switched on and off when you remove the flower, is a perfect example of his creativity and innovative design.

Paul Cocksedge was born in London in 1978. He began his studies at the Sheffield Hallam University to become an industrial designer and then had his MA at the Royal College of Art in London, where he met Joana Pinho, his working partner and the other half of Paul Cocksedge Studio. Studying under Ron Arad, Paul was introduced to Issey Miyake and Ingo Maurer, both of whom staged early exhibitions of his work. Maurer went so far as to give Paul a show within his own show at Milan Design Week 2003. Paul Cocksedge has been awarded the Bombay Sapphire Glass prize and was nominated for London Design Museum’s Designer of the Year. Some of his most well know