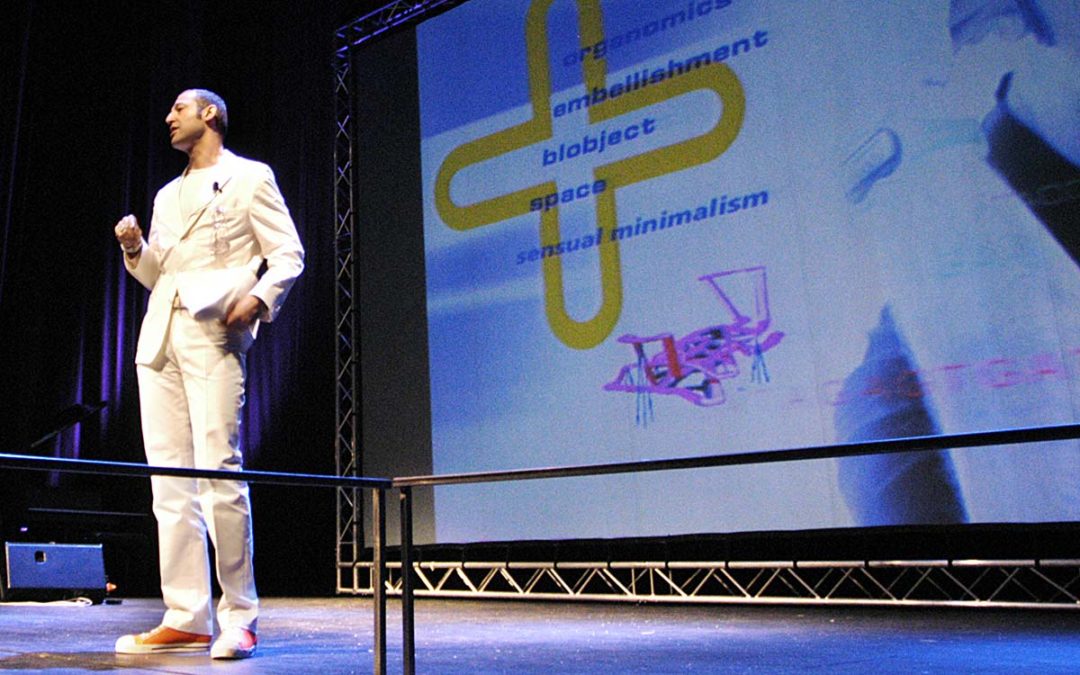 Superstar designer on the verge of becoming a house-hold name. Karim Rashid is not afraid to translate his world-changing ambitions into a wide range of objects and projects; from total makeovers to make-up packaging. From his New York studio, he takes on assignments from world-leading com­­panies like Sony, Prada, Issey Miyake, Estée Lauder and so forth.

Karim Rashid is multinational by birth – and habit. He was born in Cairo, Egypt in 1960 – and raised mostly in Canada. He was trained at Carleton University in Ottawa, Canada before moving on to graduate design studies in Naples, Italy where he studied for Ettore Sottsass. He then moved to Milan for a year’s work together at the Rodolfo Bonetto Studio. During the 1980’s, Karim Rashid worked for KAN Industrial Designers and co-founded several design projects. In 1993, he opened his own studio in New York City. Instantly successful, the Karim Rashid studio has turned out a wide series of products for an equally wide range of producers. The Garbo rubbish bin has become one of the design icons of today.

The Superblob, a furniture piece for Italian manufacturer Edra, was an acclaimed launch at this year’s Salone di Mobile in Milan. A high-tech beanbag with bio-ergonomic qualities, the Superblob takes advantage of cutting-edge materials and translates them into a humanistic message of relaxed seating. The Superblob is a casual approach to the function of sitting down that defies social convention.

Karim Rashid has received numerous design awards, among them the Canadian Design Hero 2002, the Daimler Chrysler 1999 Award, the George Nelson award 1999, The Sliver IDEA Award 1999 and the Philadelphia Museum of Art Collab Award 1999.