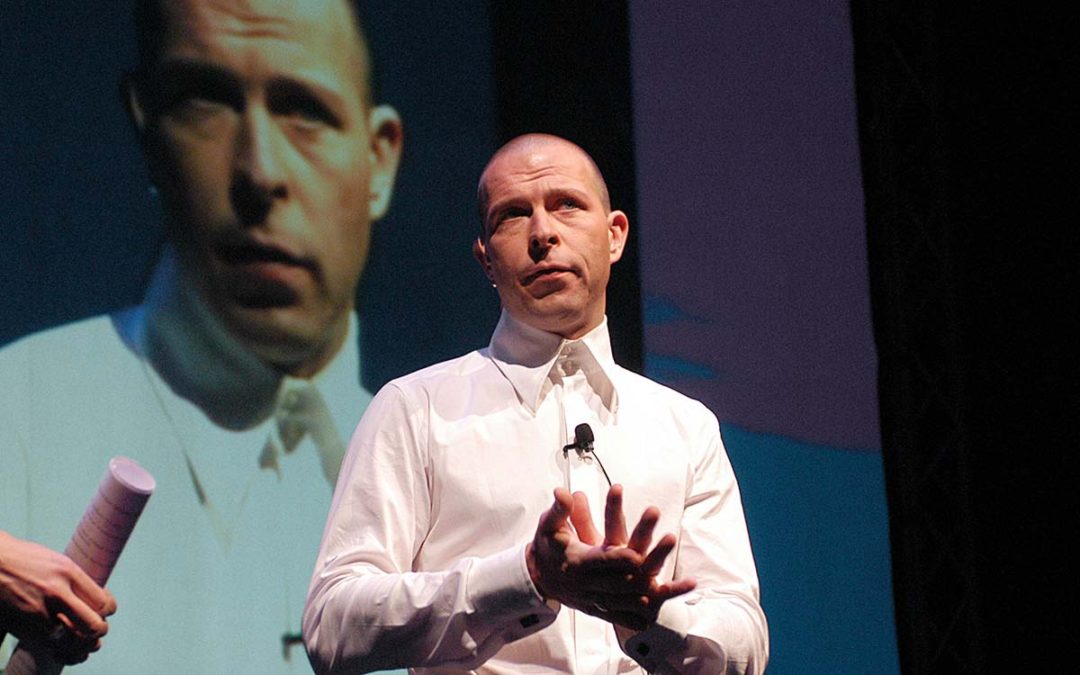 The star of Finnish design! Stefan Lindfors is a designer, an architect, an artist and a sculptor – all wrapped up in rock star packaging. With projects ranging from art installations at the Olympics to designin petrol cans for the Finnish national oil company, Stefan Lindfors is no stranger to the rules and regulations of the design game.

Stefan Lindfors was born on the remote island of Åbo in 1962. He received his thesis degree (MFA) from the Department of Interior Architecture and Furniture Design at the University of Art and Design Helsinki in 1988. In the same year, his first product saw production. The Scaragoo lamp became an acclaimed part of the artistically advanced Ingo Maurer range. Following the success of the Scaragoo, Lindfors went on to produce a broad range of products for companies like Marimekko, Arabia, iittala and so forth. Parallel to this, Lindfors has also produced a series of interior design projects, with prestigious locations such as the Gershwin Hotel in New York City among them. Stefan Lindfors is also a well-known artist and sculptor. His work is represented at the Mercer Hotel in New York City, and on the grounds near the Kiasma Museum in Helsinki.