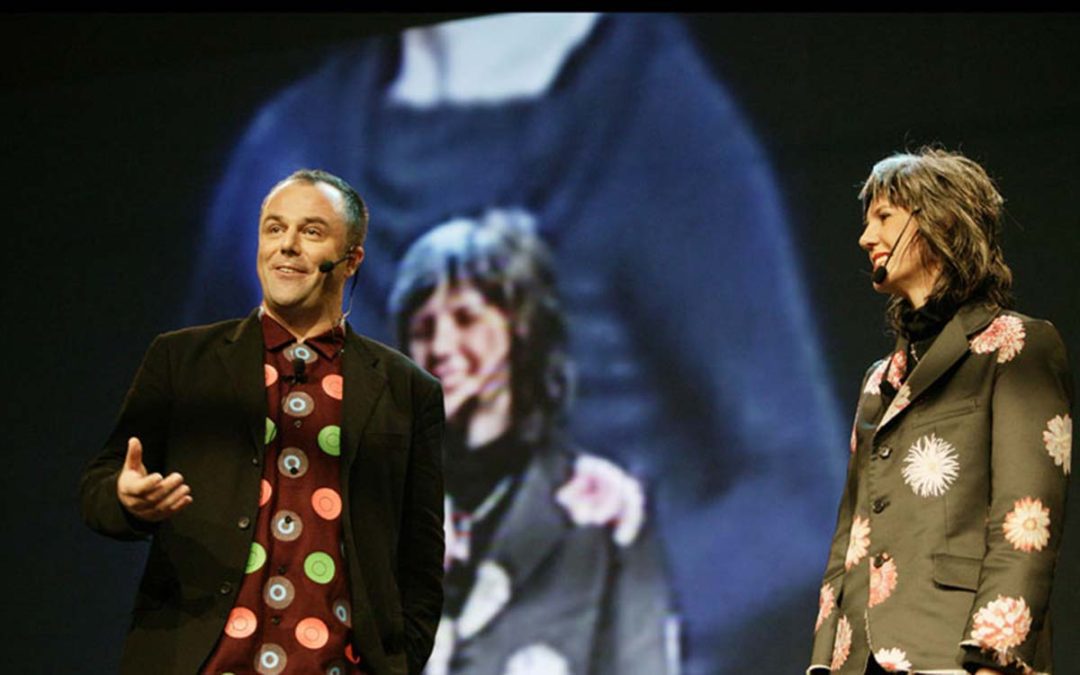 Klein-Dytham has designed everything from vegetarian cafés, hairdressing salons and mens’ fashion stores to rock band stages and award-winning buildings. And all according to a single ethos, fusing materials, humour, technology, colours and traditions from different cultures.

They met in London at The Royal College of Art, and travelled to Tokyo and started working for Toyo Ito Associates. Two years later they opened their own bilingual office, Klein-Dytham, in Tokyo. And where other foreign companies failed, Klein-Dytham, with its ultramodern form, succeeded time after time by doing the unexpected. Their office challenges established dualistic principles and shows that a fusion of people, forms and qualities are part of the future.

Klein-Dytham was behind projects like the Roppongi Hills initiative, with colourful balloons with stylised flower patterns, floating around; the imitation snake skin chair, Cho-Coo; the Tokyo fashion store, Cat’s Eye; and the shining, artificial forest for the facia of Laforet. With Undercover Lab, Klein-Dytham showed how a semi-secret, tube-like building could provide space for showroom, office and studio. The pair can, in fact, be described as true masters of communication in all its forms.

Klein-Dytham has won many awards, including the Kajima Space Design Award and the Asahi Glass Design Award. Their interior for the new information centre at the British Council won a national award for Best Library.