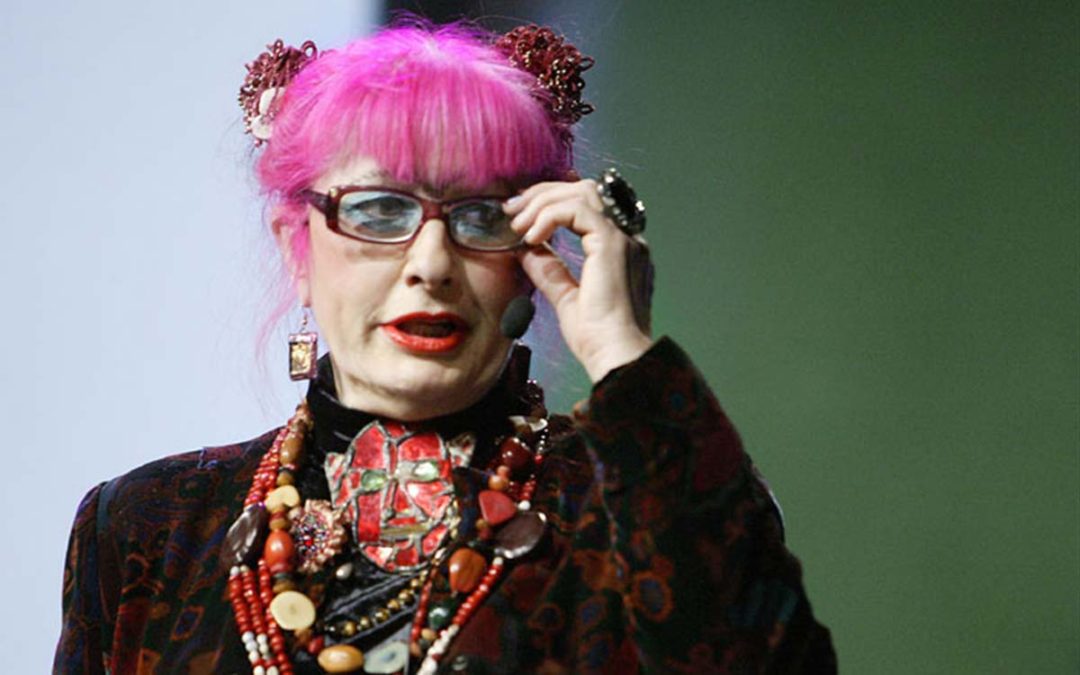 In the sixties, Zandra Rhodes’ clothes were too extreme for the British “rag trade”. But that didn’t bother Zandra. She just shrugged and opened her own boutique in London, and went on to become Britain’s fashion icon. Then, when she began to be marginalised, she shrugged again and created her own fashion museum. The museum, which opened earlier this year, and is housed in a garish pink and orange building in the centre of London, provides a new home for fashion history. As for herself, Zandra Rhodes says, “I’m an iconic survivor.”

Zandra Rhodes, who was born in Kent, England, first came into contact with fashion through her mother’s work. Later, she studied at London’s Royal College of Art. When, in the sixties, the British fashion trade thought that her early collections were too extreme, she ignored the killjoys and opened her own boutique on Fulham Road, London. In the seventies, she then went on to become one of the major names in British fashion. After that, she dressed a whole gossip column of celebrities, including
Princess Diana, Freddy Mercury and Una Thurman, and also established herself on the US market.

Rhodes, who holds a Ph.D. in design, has examples of her work on exhibit at New York’s Metropolitan Museum of Art and London’s Victoria and Albert Museum. Her style is nothing if not extravagant, and she takes on everything from clothes and jewellery to interior design. Despite her strong following of faithful fans, she has been described as the forgotten hero of British fashion; although Rhodes, herself, is not in the least bitter about this. Now, harnessing the same punky power that once brought her to the public eye at a time when the fashion business just didn’t understand, she is taking responsibility for the genre to which she has always remained faithful – fashion. When, earlier this year, her FTM (Fashion and Textile Museum) opened its doors for the first time with an exhibition themed “My Favourite Dress”, a veritable pantheon of designers came to show their creations. These big names included John Galliano, Donna Karan, Christian Lacroix, Stella McCartney, Alexander McQueen, Issey Miyake, Sonia Rykiel, Paul Smith, Dries van Noten, Donatella Versace and Vivienne Westwood.

Zandra Rhodes is a glamorous, expressive designer who, with undiminished energy, continues working in accordance with her own rules.