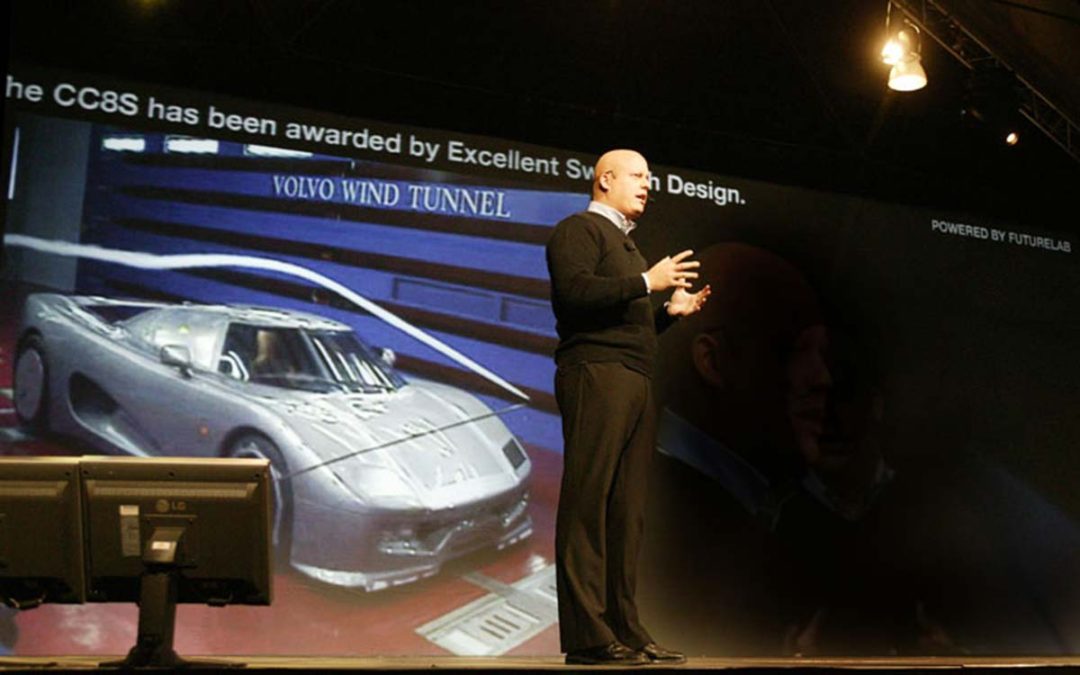 Christian von Koenigsegg has made the world’s fastest sports car that can be driven on ordinary roads. The creation of this very complicated product has taken several years. When the goal was in sight, and the car reviewers gave the car top marks, part of Koenigsegg’s factory, located in southern Sweden, unfortunately burned down. But even that could not stop this determined entrepreneur from forging ahead on all cylinders!

It is almost 10 years since Christian von Koenigsegg hitched tenacity to determination and began the job of producing a supercar. The car, the CC8S, is his first car, and is now a reality. It has its very own design idiom and is specially made down to the tiniest detail. The craftsmanship involved in the manufacturing process left nothing to chance. The CC8S was designed by experts from every kind of sector and from several different countries.

Car buffs will find lots of interesting tech-info on this super set of wheels at Koenigsegg’s web site. They can learn that the CC8S has the world’s most advanced fuel system – some of the technology is the same as in F1 cars. The CC8S even has a built-in anti-theft computer system that enables the head office in Sweden to shut down the car if it is stolen. The CC8S, which has a part kevlar chassis, can do 390 km/h, and accelerates to 100 km/h from zero in less than 3.5 seconds. But it is still a safe car, according to Swedish Autoliv’s crash tests.

Koenigsegg’s supercar has been exhibited at car shows all over the world, been test driven by professionals and showered with praise. But the most interesting thing about it is not the technical features or the plaudits from the design press and motoring journalists. The most important thing is that Koenigsegg realised a vision: To create an epoch-making car that goes beyond the traditional.

The CC8S is now starring in Gotham Racing 2 by Microsoft. So you can take a thrilling
virtual test drive of Christian von Koenigsegg’s creation along the streets of some of the
world’s major cities, in the comfort of our own home.