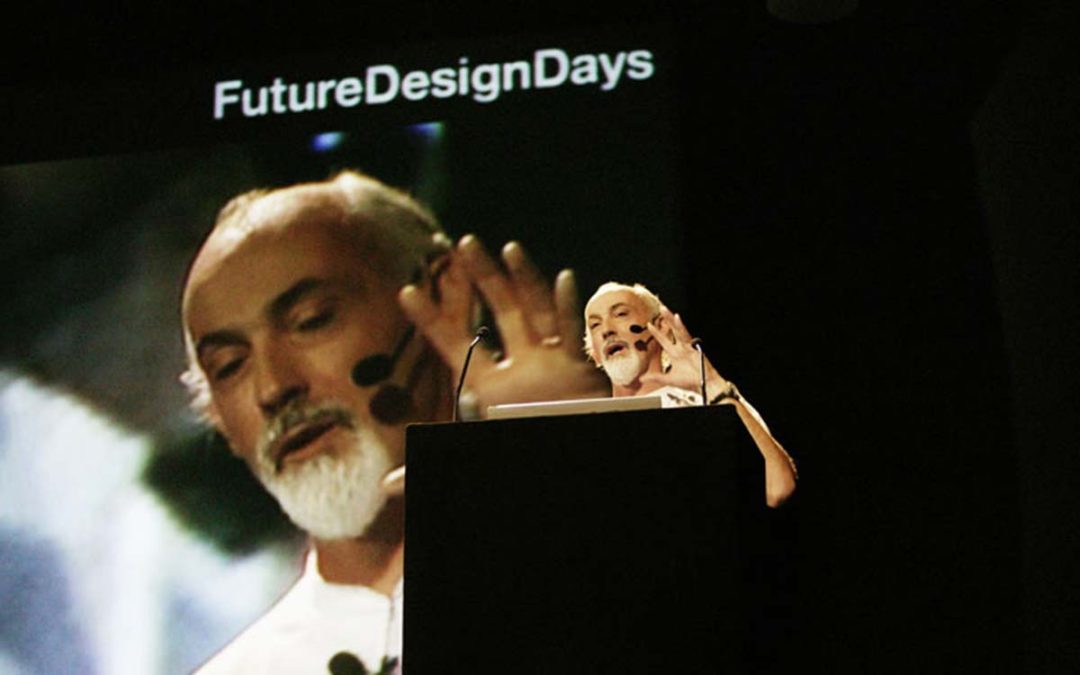 He has been described as one of the ten most successful industrial designers in the world, and fills a sketch book every month. Ross Lovegrove’s hand can be seen in a, remarkable mixture of airliner interiors, computers, furniture, lava lamps and suitcases. He has done design work for such companies as Mazda, Louis Vuitton, Hermes, Sony, Samsonite, Knoll, Moroso, Capellini, Kartell and British Airways. He has also worked on the much awarded iMac personal computer from 1999.

Lovegrove trained in Manchester and then moved on to the Royal College of Art in London. In the early sixties, he worked in Germany with Frog Design. He did design work for such well known products as Sony’s Walkman and Apple’s computers. Moving on to Paris, his work included the very successful Alessandri Office System for Knoll. Returning to London in 1988, he opened his own design agency, Studio X, and continued to chalk up one success after another. Lovegrove often talks about combining form and technology, and says that he wants to create products which were impossible yesterday. Under the motto “Form follows emotion”, he combines high-tech and humanism. The organic, tactile form of his latex camera for Olympus is significative of Lovegrove.

Lovegrove has received several international awards, including the Medaille de la Ville de Paris, and the George Nelson Award. He was nominated for Designer of the Year 2001 by Architektur & Wohnen.

Lovegrove is currently involved in a number of projects, including a villa for a sheik in Qatar, and hairdressing salons in Moscow. He is also working on design studies for the interior of the Airbus A3XX, the largest airliner in the world, due to take to the air in 2005.