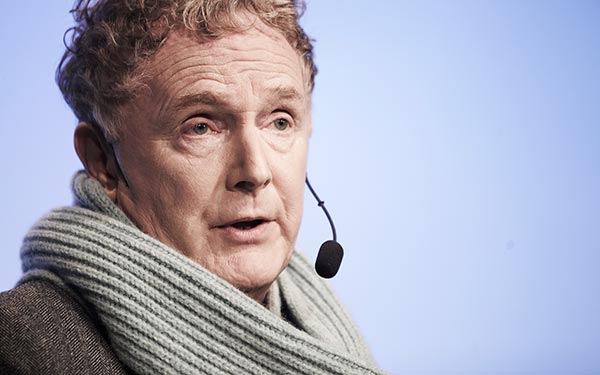 Since FutureDesignDays is an ongoing process, never completed or ready to settle down, this years festival­ just like all the other festivals took on a different shape.­ The intimicy was in focus. The goal was to create­ a tight and intensive meeting place with design­ as the center of attention. All in the name of the theme – SHARE. The EXPO took a year off and was replaced by the much ­appreciated Lounge. The Conference, Breakout Sessions­ and Lounge all took place in and around the Victoria Hall in Stockholm International Fairs. The aim of getting 500 delegates to the festival was beaten by far and well over 1,000 unique visitors made entrance at FutureDesignDays 2006.

In connection with the launch of the theme of 2006 FutureDesignDays, together with Fivestarday, gathered some of the best web creators of Sweden, and even a few from the rest of Europe. The aim was to learn about the possibilities with web 2.0 and what a collaboration between experts in the same field can imply. Simply a boundary-breaking collaboration. One of the results became the SHARE theme site.
The Lounge was most of the time very crowded and a perfect spot to make new contacts. Collaboration was also the ­connecting thought in the Lounge. Collaborators like L’Eclaireur, Peak Performance + Pinc House, the design team behind the new Volvo C30, Input Interior + CKR + Folkets Hus & Parker among many others presented their projects. 2006 was also the première of FutureDesignBattle­ – two teams of graphic designers got the assignment to create an poster in just a few hours, and all happened in the Lounge with big screens showing the work in progress. The theme exhibition,­ produced­ by Abet Laminati and FutureLab, constituted­ a gigantic catwalk the talked about Sprawl where visitors added their own sprawl together with a comment. A true collaboration between all the delegates of the festival.­ Nordic Light Hotel, as the official hotel partner, hosted as usual the Kickstart Night and the Design Lounge as a ­completion of the evening of the FutureDesignDays Award Ceremony. As always both happenings were jam packed. Even the Grande Final Party at the brand new nightclub at Berns became a true success.

The City of Stockholm for the first time both hosted the Design Award Ceremony and was the sponsor of the prize. For the third year in succession the ceremony was executed in the famous Blue Hall. The winners of Bombay Sapphire Glass Competition, the Carpe Vitam Foundation and of course FutureDesignDays Award, were all presented during the evening. The winner of FutureDesignDays Award 2006 was Folkform.

The Shareway by FutureLab in collaboration with
Abet Laminati.

Collaboration and business during and after FutureDesignDays 2006

Identifying and describing the collaborative projects and business made possible by and resulting from
FutureDesignDays is a good way of gauging the success of the event. Of course, it will be some time ­before these effects are announced officially, and are implemented to such an extent that they can be seen as verifiable results of FutureDesignDays. Only a month after the event, however, we received ear-to-the-ground information about a number of collaborative­ projects, as well as news about the results of collaboration during the event itself. Several of these are also about to develop into other kinds of processes, contributing competence and generating business in a variety of spheres and directions.

Examples of collaboration and business

Kelly Goto – who spoke in the block of New Media & Entertainment 2006 – is considered by Bill Gates to be one of the 14 people who will have the greatest influence on the future of Microsoft. She has given a series of lectures in the USA in spring 2007 together with FutureLab’s Creative Director Kristian Bengtsson, among them a very appreciated speech at Microsoft’s annual global gathering – MIX07 in Las Vegas.
FutureLab has also taken part in the launch Microsoft’s new venture – Expressions

A number of national and international organisations are looking for new forms of collaboration with FutureDesignDays / FutureLab as the supplier of content, or as the developer of meeting formats or other focus areas, in which our network can provide our partners or clients with a unique advantage or mix of expertise that would be hard to find elsewhere.

Unique visitors (goal: 500 visitors) 1023
Accredited journalists (12% international) 174
Articles in Swedish (approximately 4,4 million edition) 249
Articles in international newspapers and magazines (as we know of) 47
TV- and radio news in Sweden 12
Web-news media reporting from the event 11
Hours of program on the stages 18
Exhibiting companies 25