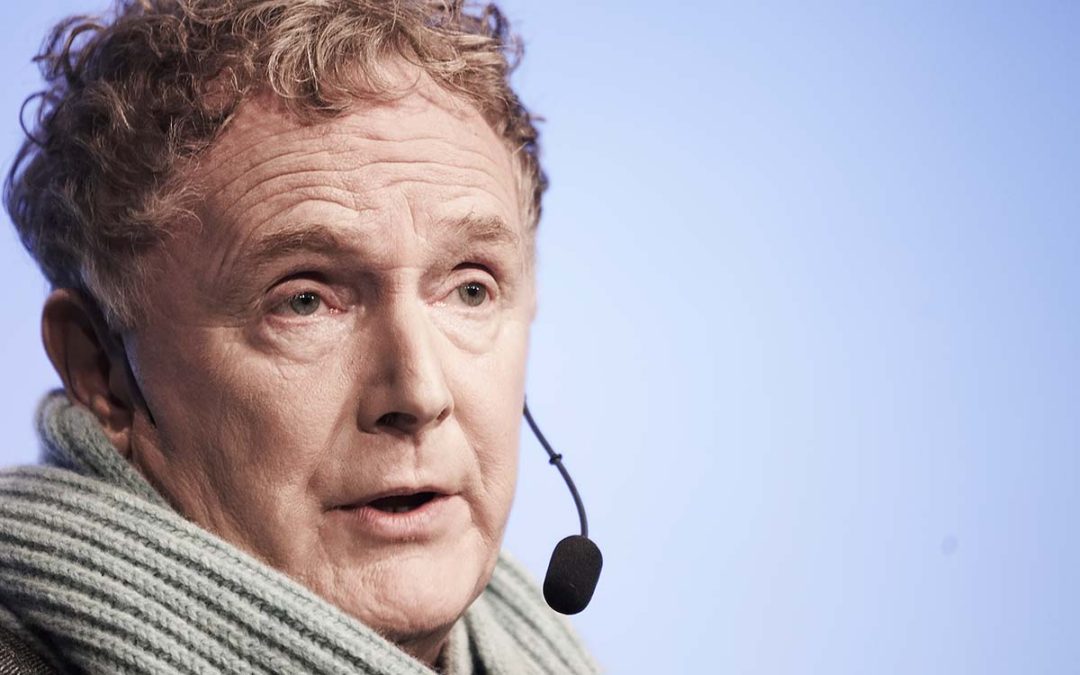 In brief:
– Notorious enfant terrible and manager of the Sex Pistols, New York Dolls, Adam & the Ants, Bow Wow Wow, and a boundary-crossing musician in his own right.
– Legendary Kings Road boutique owner and designer (together with Vivienne Westwood).
– Dynamic writer and producer of films such as The Great Rock ’n’ Roll Swindle. His latest film, Fast Food Nation, was nominated for the Gold Palm in Cannes in 2006.

A LEGEND IN PURSUIT OF THE FUTURE

It was probably a lucky thing for us that Malcolm McLaren was expelled from several of the art colleges he attended in the late 60s. Otherwise, he might have become no more than ‘merely’ a good artist. Instead he became one of the most interesting fine art and pop art culture phenomenons ever seen in the Western World in the past 35 years. Virtually everything he has been involved in has set the trend. And if he failed, he always did so in style. As when he tried to save the careers of the New York Dolls, dressing them in red leather and using the provocative hammer and sickle symbol. As usual, he was before his time.

His stay in New York at that time also resulted in a meeting with The Neon Boys, Tom Verlaine and Richard Hell, a group that was about to be reconstructed into Television. When McLaren returned to London he had been influenced by Richard Hell’s ravaged and uncontrolled attitude and special clothing style (nobody could make a torn-to-shreds T-shirt cling to his body like Hell while he was beating the crap out of his base guitar). The rest is history, with the Sex Pistols. But aside from the fact that his time in New York laid the foundation for the success of the Sex Pistols, it also gave him the idea of changing the style of the boutique Let it Rock, which he and Vivienne Westwood ad opened in 1971 on London’s Kings Road. Fifties-style clothing for Teddy boys was thrown out in favour of bondage and fetish wear and the new punk-look clobber, designed by Westwood. The boutique was named SEX. A success? Of course!

In the 80s, McLaren spent a lot of time working on his own music, resulting in the inno-vative record Duck Rock, which some say opened the door for hip hop in the UK. In fact, everything he did in the 80s conveyed a sense of progressive genre dissolution and clectic restlessness. Not always great, but always interesting and fiercely progressive.

It is no exaggeration to say that the whole of McLaren’s career can be characterised by the words restless and progressive. Who can forget the media storm he raised in 1999 when, with a typical McLaren publicity-generating prank, he stood for Mayor of London. How? Simply by writing a provocative manifesto and article that appeared in The New Statesman, and ‘hey presto!’ he was nominated a candidate – pure chutzpah. As Carl Abrahamsson wrote in Flashback: “McLaren seems to be a curious mixture of pranks and a brilliant business mind that takes sheer delight in teasing all and sundry.”

Some of his more recent capers include producing the film Fast Food Nation, which was nominated for the Gold Palm in Cannes in 2006, and his involvement in the development of chip music. (Chip music, or micro music, is electronic music created using video games, games consoles or computers.) Incidentally, many of the innovators involved in this form of music are Swedish, and the idea behind it is to share one’s talent by allowing people to download the music for free.