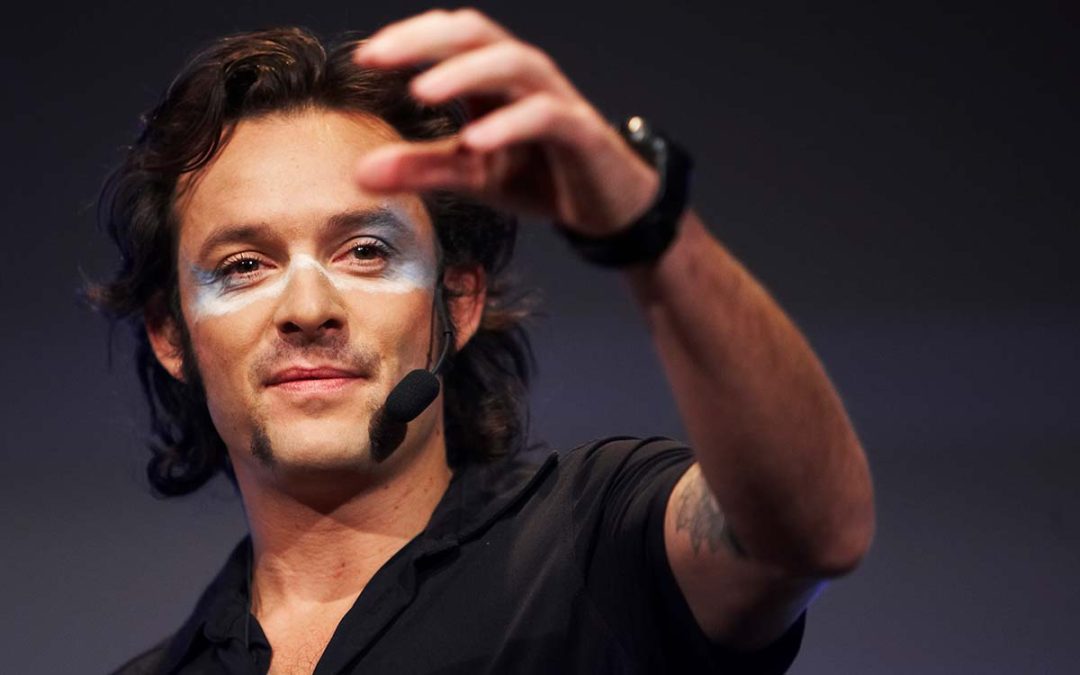 In brief:
– Homeless graffiti artist and hanging out with a motorcycle gang at the age of 15
– Founder of Quinze & Milan together with Yves Milan
– Many-sided creator who’s created furniture, installations, graphic, architecture, sportswear, perfume bottles, house hold accessories and lorries, among other things

Trail-blazing, innovative, bursting with energy, provocative, self-made – it’s all but impossible to reduce the personality of founding director Arne Quinze (1971) to a few words. ‘Leader of a rock band’ probably comes closest – but, hey, we are talking about design here. Maybe that’s the problem: to describe him as a ‘designer’ just doesn’t do the trick.

Lacking a sterling education and shaped by the street life of his youth, Quinze epitomizes the self-made man. Homeless at the age of fifteen, he roamed the streets for half a year, stealing food to survive. He says graffiti kept him going. ‘It was my creative outlet.’ In the two years that followed, he hung out with a motorcycle gang. All his energy went into street art sprayed on hundreds of trains, tunnels and walls. He experienced what it meant to have something worth fighting for. That ‘something’ was his creativity, the only thing he had to hold on to. It gave him a healthy veneer of arrogance and the perseverance needed to conquer every obstacle in his path. He hasn’t lost that fighting spirit, but it’s been translated into the ability to get things done – the kinds of things other people consider impossible. ‘A project doesn’t really catch my interest until I hear the words “can’t be done”.’

Kicking off Quinze’s first defiant collection in 1999 was Primary Pouf, which shook the very foundations of the lethargic world of design. A resounding success that still sells at the amazing rate of over 15,000 pieces annually. In addition to designs for his own label, he creates furniture for Moroso, a firm with close ties to Quinze & Milan. In 2006, the father of four – the perfect man for the job – launched minus+, his first children’s collection.

But Quinze & Milan is more than a design agency. It’s a platform, a label that also features the work of other designers – ‘I find the synergy enormously fascinating’ – and that supports architects and designers in the realization of their ideas. And Quinze designs more than just products. Think installations, graphics, architecture, sportswear, perfume bottles, house hold accessories, lorries. Far beyond his modular seating for public spaces and private homes, another world feels the touch of Quinze’s pencil. Take those words literally and consider Villa Tinto, a ‘house of pleasure’ in Antwerp; a high-end truck for radiator company Jaga; and two projects commissioned by architecture firm OMA: interior seating for the Seattle Library and, more recently, a light system for Dark, the interior design of the prestigious Charles and Dee Wyly Theatre in Dallas. Japanese brand Onitsuka Tiger partnered with Quinze for the design of a total concept, from watches and bags to shoes and sportswear. It’s a job that’s right up his alley: crafting the dynamics of a entire outfit in terms of branding, marketing, the whole package.

He likes pushing the boundaries – his own and those of the people around him. In Quinze’s cosmos, boundaries exist only to be shifted. By giving himself a continual barrage of challenges, he finds himself on a series of untrodden paths. Although it might be more accurate to say he blazes new trails that start deep within a creative mind he describes as ‘organized chaos’. Emerging from chaos like a ticking time bomb, fed by constant bursts of creativity, spurred on by hungry clients, always wondering what’s next. Aeroplanes? ‘Could be.’ Urban design? ‘Definitely interesting.’ ‘Expect the unexpected’ probably covers it all. Be aware.