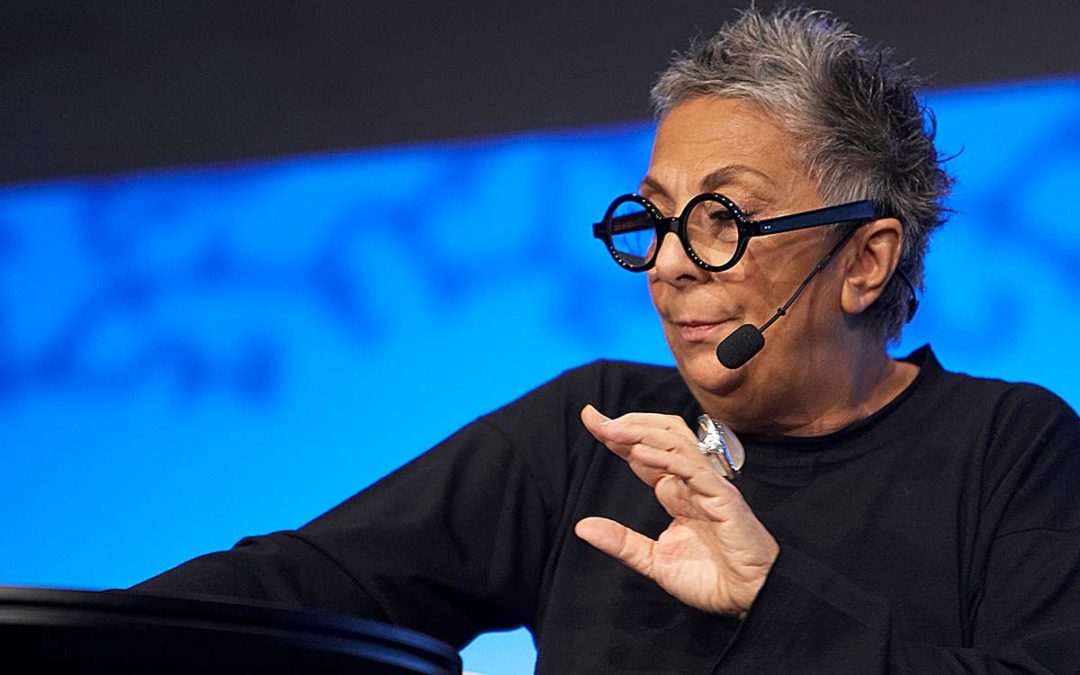 In brief:
– Former member of the anti-design movements Alchimia and Memphis.
– Boundary-crossing designer with a predilection for traditional handicrafts.
– Currently in the news with new collections for Lando (Gingerbread) and Viva Ceramica (Drops).

Paola Navone is the exception on the Italian design scene. For the past thirty years she has been a welcome feature of the otherwise male-dominated Italian design elite.

In the 80s, Navone was active in the avant-garde design movements Alchimia and Memphis. In 1988, she created the Mondo brand together with Giulio Cappellini.
After living for many years in Hong Kong, Navone now sees herself as an enlightened and enlightening ‘ethnic nomad’.

Due to her early experience, Paola Navone has a particular talent for rediscovering design from the past and bringing it to life in new, contemporary forms. This process always relies heavily on traditional handicrafts and has proved very successful.

Nowadays, she works as an interior designer and consultant to furniture and material manufacturers, and always tries to combine modern design with traditional handicraft. She strives to create hybrids of design and handicraft, placing greater value on design that comes about ‘by mistake’ than that which is created for mass production. This often results in only one example of her products being produced.

But Paola Navone is not just a fervent advocate of handicrafts, she also believes that you can learn a lot from industry and its technical processes. She is interested in the unique, the unusual, that which is not banal, and she always endeavours to develop and process it in her own personal way. She likes to work with colours and light that provide warmth and awaken memories of previous experiences.

Paola Navone does not want to define herself within a particular niche or style. Instead she always tries to contribute to the development of design in her own way. Her intuition is widely known, and she was one of the first to create large furniture for the lounge. She was also a pioneer of shabby-chic, and she was well before her time when the Otto furniture series, her first series for Gervasoni, was introduced in 1997. Although the Otto series did not sell at all well for the first six months, it now generates a third of the company’s total turnover.

As a boundary-crossing designer, her portfolio includes a broad spectrum of products, from china, clothing and beds to fabrics, lamps and jewellery, plus interior design work for showrooms and exhibitions. Her client list is full of famous names: Armani, Knoll International, Natuzzi, Alessi, Driade, Abet Laminati and Molteni are but a few examples. Two of her latest projects – a new collaborative project with Viva Ceramica entitled Drops (a series of bathroom products) and the Gingerbread furniture series for Lando – were introduced this spring at the Milan Fair 2006.