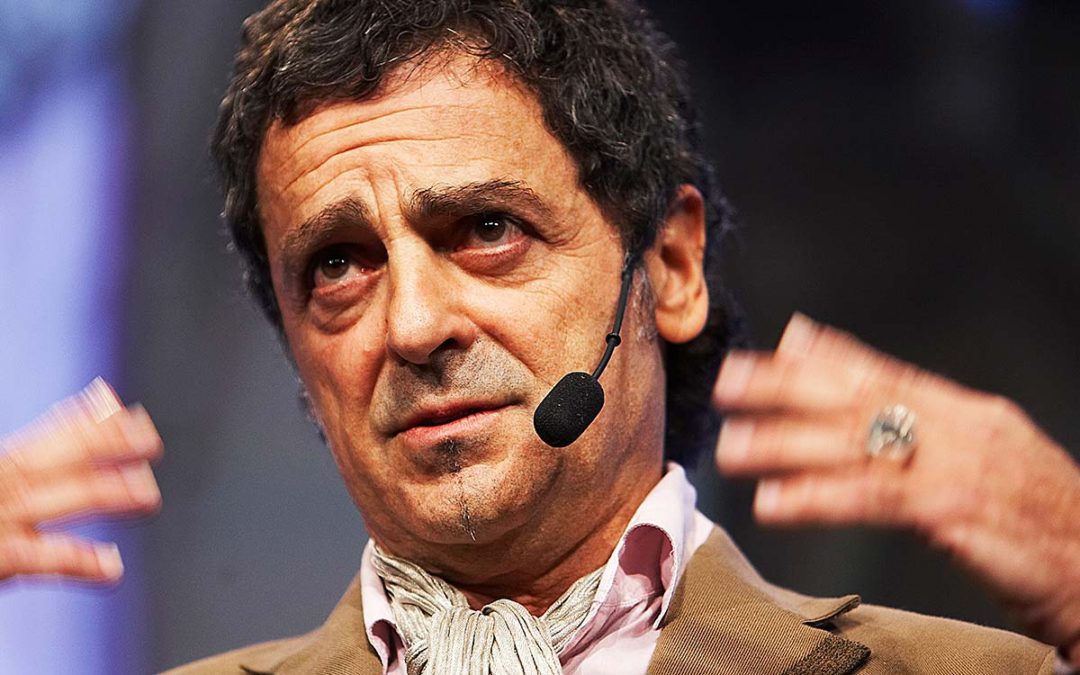 In brief:
– Founder of the L’Eclaireur store concept featured in Paris and Tokyo.
– Has introduced several of the fashion trade’s most important brands.
– Working with young Swedish fashion designers at the Tranoï Fashion Show.

The French word éclaireur means scout or guide. Which exactly describes what Armand Hadida and his wife Martine have been for the past 25 years. Ever since they opened their first L’Eclaireur store in 1980, they have been introducing new, hot brands to people who want to be first with the latest. Long before storytelling was a term bandied about by all and sundry, the Hadidas understood the importance of providing a story for the brands they were launching. Clothing and shoe brands like Marie-Thé, Franois Girbaud, Timberland, Sperry Topsiders, Hogan and Tod’s have all had their stories told in the window of their first outlet in Paris, a tiny 28 square-metre boutique.

The Hadida/L’Eclaireur saga took a new, revolutionary leap in 1990, when the business was moved to larger premises in the fashionable Paris district of Marais. It was there that Hadida gave free rein to his imagination and intuitive flair. And it was where L’Eclaireur’s unique concept of mixing spearhead brands in fashion, furniture and interior design became world-famous. Within just a few years, L’Eclaireur became an international brand and a much sought-after platform for progressive designers. In the fashion world,L’Eclaireur was the first store that dared and succeeded in mixing designers like Comme des Garons, Dries van Noten, Vivienne Westwood, Costume National, Missoni, Alexander McQueen, and in later years, Akira, Ann Demeulemeester, Project Alabama, If 6 Was, and LGB.

The appearance of the stores and the level and quality of customer-experience have always been very important to Hadida. The new store for men, which opened its doors in 2000, is a magnificent experience both as regards the design of the store and the way the customer is met and dealt with. But the store and concept that have probably attracted the greatest attention in recent years is L’Eclaireur at 10 rue Hérold. There, an insignificant-looking door hides the totally renovated mews of a former 19th century residence, now transformed into an extraordinary experience, reflecting how the old meets the new, how history meets the future, and vice versa. But instead of focusing on well-known brands, the store at 10 rue Hérold spotlights the designers of the future. It is where the work of designers like Koi, Gianni Barbato, Paul Harnden and Project Alabama was presented and won new wearers and followers.

This year has seen the L’Eclaireur concept expanding further afield, with a store in
Tokyo and yet another store in Paris. And these will soon be followed by a restaurant. So it is hardly surprising that the Hadidas are respected role models in the international fashion and design world. Armand Hadida himself says about his work: “L’Eclaireur, as the name would suggest, is in all simplicity the desire to stand out from the crowd, to discover new designers and to avoid taking the easy way out. What I have always wanted, and what I still want, is to put across a message while unveiling a certain type of fashion, even if this is sometimes an arduous task”.