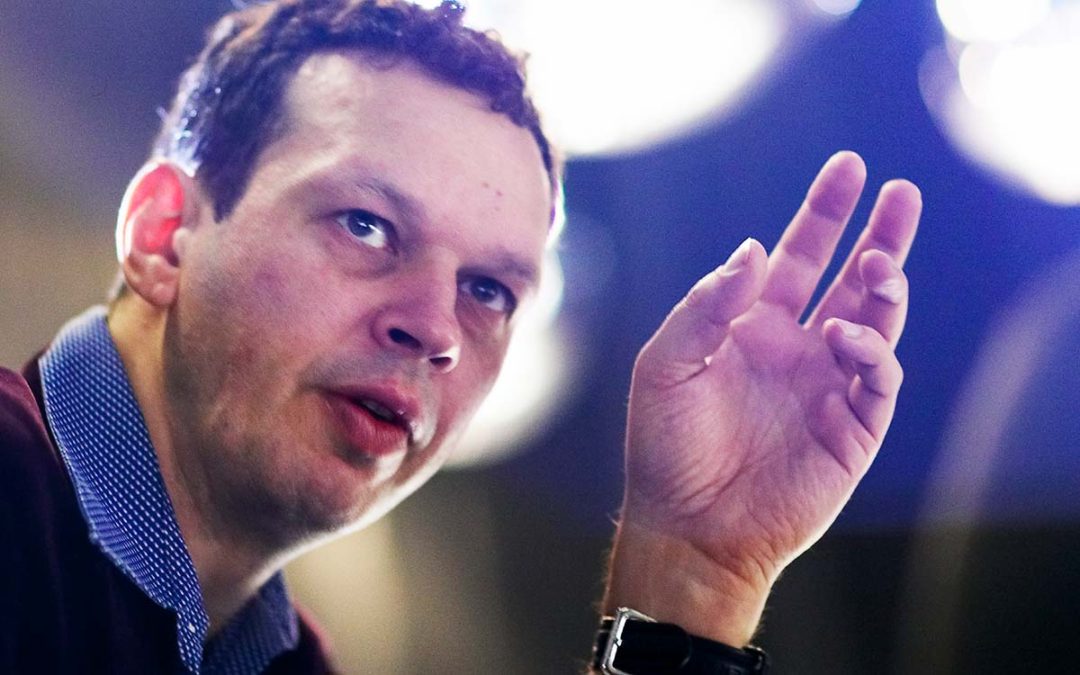 FutureDesignDays 2004 left its hometown Borås for the swedish capital Stockholm. The event grew big at the Stockholm International Fairs with a huge EXPO, compared to what was exposed at Åhaga in Borås. The conference developed further and Breakout Sessions were added. The theme of the year was FEAR, but something told us that we had nothing to fear about moving to the capital of Scandinavian design. And the speakers didn’t act like they were scared.

The number of delegates doubled compared to the year before – more than 4,000 came to visit the event in Stockholm. The conference programme was held in the Victoria Hall with room for more than 2,000 people. The news of the year was the Breakout Sessions – exclusive forums, with much smaller audiences than the conference. They provide a forum for interaction and discussion between the speaker and the audience. Much appreciated!

The EXPO had more than 60 exhibitors squeezed into 5,000 square metres of exhibition area. This was where all the delegates mingled and had their lunches served. EXPO also presented Speakers Exhibition, Y?Design, Kids, Campus, Partners Exhibition and last but sure not least the Theme Exhibition; Death Equalizer signed the Swedish artist Pål Hollender. A fully functional electric chair. Lots of people challenged the fate and tested the chair with a risk of getting a killing lethal shock (one chance in 3.5 billion).

Being in Stockholm it was obvious that the FutureDesignDays Award ceremony had to take place in the Blue Hall, known for hosting the world famous Nobel Banquet every year. The jury announced Frida Bard as the winner of the award 2004 and she recieved the prize sum of SEK 50,000. Peter Kjellberg, from the prize donator Mercedes-Benz, and superstar Karim Rashid, handed over the prize cheque.

FutureDesignDays 2004 was graced by the presence of HRH Crown Princess Victoria, who, on her own initiative, had choosen to attend some of the talks on the first conference day.

The move from Borås to Stockholm made the event even more visible and the media coverage became huge. The conclusion of the fourth FutureDesignDays was undoubtly: success!