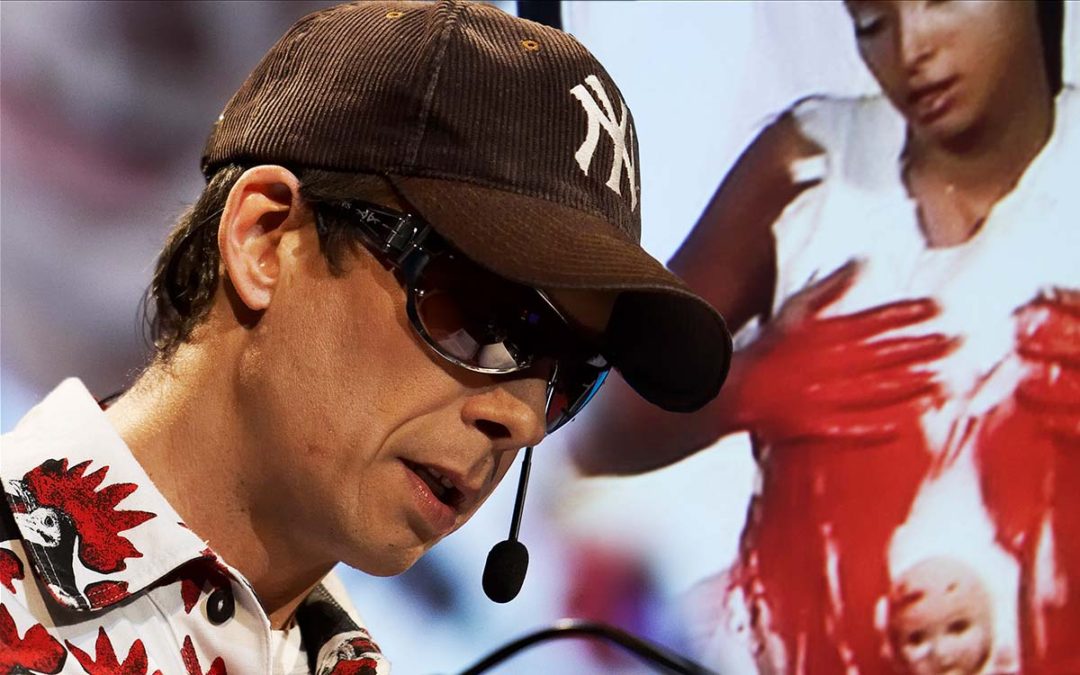 “Dare to be different”
is the philosophy behind everything the Polish-born designer Arkadius Weremzcuk, universally known as Arkadius, produces. The way he realised his ambition to become a designer was fully in line with his philosophy. The fashion industry in Poland was virtually non-existent and Arkadius decided to quit the country to seek his fortune and the chance to work in fashion design abroad. Working as a waiter in Tuscany enabled him to scrape together enough money to get to London, a city he fell in love with. With the exception of a second period in Italy to put more money together he has remained faithful to London. Then, a still anonymous Polish benefactor gave Arkadius the cash he needed to accept the place he had been offered by St Martins College of Art.

By the time he took his degree in 1999 Arkadius was already hot. His graduation collection, which was sponsored by the Daily Mail, took up the complete window of Browns, London’s leading fashion retailer; the first time anybody had been given that much space since Galliano. He had already made many contacts via Alexander McQueen, where he had been given a work placement during his time at St Martins. On the strength of this, he launched the Arkadius label directly after leaving college. Since then the awards have followed fast and furious. He received the New Generation Award from the British Fashion Council in 2000. He was rated one of the Ten Best Designers in the UK in 2001. And in 2002 he received the NESTA Fellowship Award (National Endowment for Science, Technology and the Arts).

The resultant publicity probably played a part in Arkadius being chosen by Placido Domingo in 2003 to design the costumes for a production of Mozart’s Don Giovanni. Following that further excursion into the world of designing in fabrics, he was also offered the chance to do the interior design of the Farol Design Hotel, Lisbon, in 2004. Arkadius then launched his first own-label collection of products that are not related to fabrics – Arkadius Goggles (sunglasses) and Arkadius Eyes (spectacles) in 2005.

The attention directed at Arkadius seems unending and his work has already been shown at several exhibitions including the V&A (Victoria & Albert Museum), Sotheby’s and the Judith Clark Costume Gallery – all in London; the Centre Pompidou, Paris; and the Mode Museum, Antwerp. He has also done catwalk shows all over the world, from London, New York and Moscow, to San Paolo and Kuala Lumpur, to mention just a few.

Arkadius’ metamorphosis from trainee teacher in Poland to one of the hottest names on the world’s design scene is a case in point that is more than appropriate to the theme of FutureDesignDays 2005. His unusual background and innovative designs make this young designer a figure who readily stirs things up in what, in many cases, can be seen as a traditional world of fashion. In November, he will appear on stage at FutureDesignDays. We can all look forward to an instructive journey and not a few keys to success.