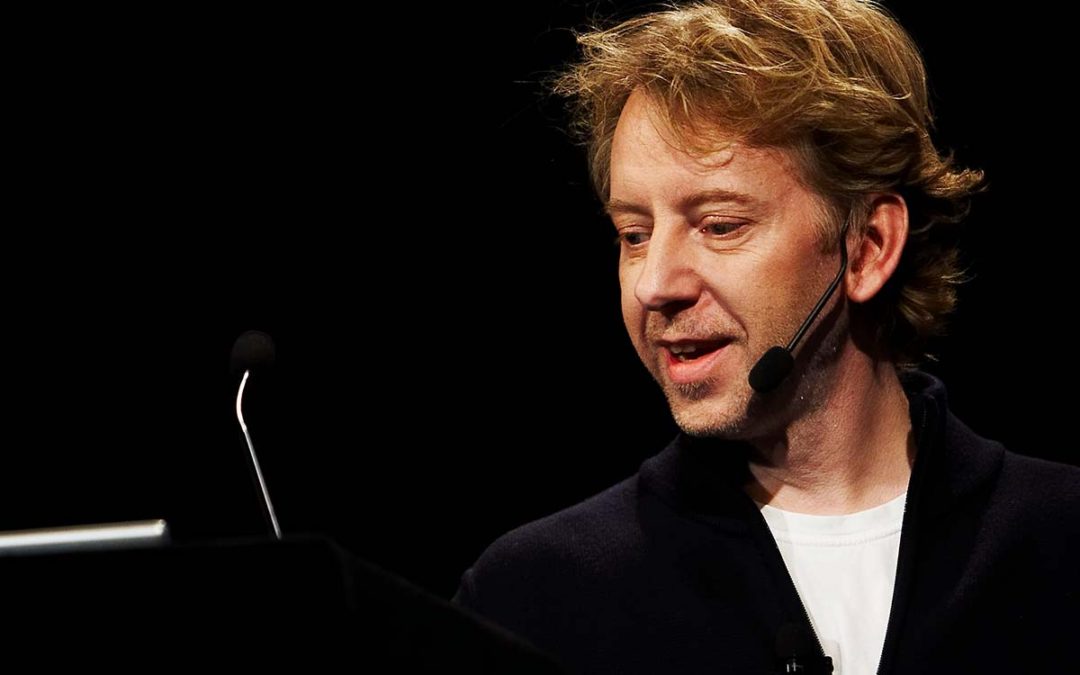 “Growth is not an end in itself. I only expand when I encounter real talent.”

The recruitment philosophy of Jakob Trollbäck of Trollbäck & Company, with offices in New York and Los Angeles, is more a question of desire and curiosity than career and a fat bank account. Which could explain why he has been called one of the foremost contemporary graphic designers by Design Annual, is inundated with a wide range of interesting graphic design jobs, and is a popular lecturer to boot.

Jakob Trollbäck, who is a self-taught man in the design field, began his career in the 80s in Stockholm, the town where he was born. While in his teens he built a few amplifiers and a fuzzbox for his guitar and was an ace DJ. His enormous interest in music inspired him to start Nocturne avantgarde club. The club was into music and theatre, as well as photography, art and dancing. Trollbäck was the wiz behind the club’s flyers and posters. However, he soon discovered that his lack of formal qualifications was a drawback when looking for work as a graphic designer in Stockholm. He resolved the situation by selling his considerable vinyl collection to buy a ticket to New York. He arrived there in November 1991 and soon got a job at the famous R/Greenberg Associates, where he rapidly advanced to become Creative Director. It was there that he did Levi’s first web site. In 1999 he decided to test his own wings and started Trollbäck & Company.

Jakob Trollbäck is currently the CEO and Creative Director of two successful design offices – one in New York, the other in Los Angeles. The offices are mainly engaged in network branding and motion graphics, but also do magazine and book design as well as architectural installations. Trollbäck has done work for the really big TV companies in the USA, including HBO, Lifetime, TCM, TNT, and Sundance Channel. One of his latest creations is the new TCM vignette. Most Americans who own a TV probably see Trollbäck’s graphic designs several times a day. Trollbäck & Company’s work in the world of film and TV has received a great deal of notice and has received prestigious awards from the AICP Show, Art Directors Club, BDA/Promax, British D&AD, Communication Arts Design Annual, Cooper Hewitt National Design Award (nomination), Primetime Emmy Awards, The One Show, ResFest (Audience Award), and Type Directors Club and others.