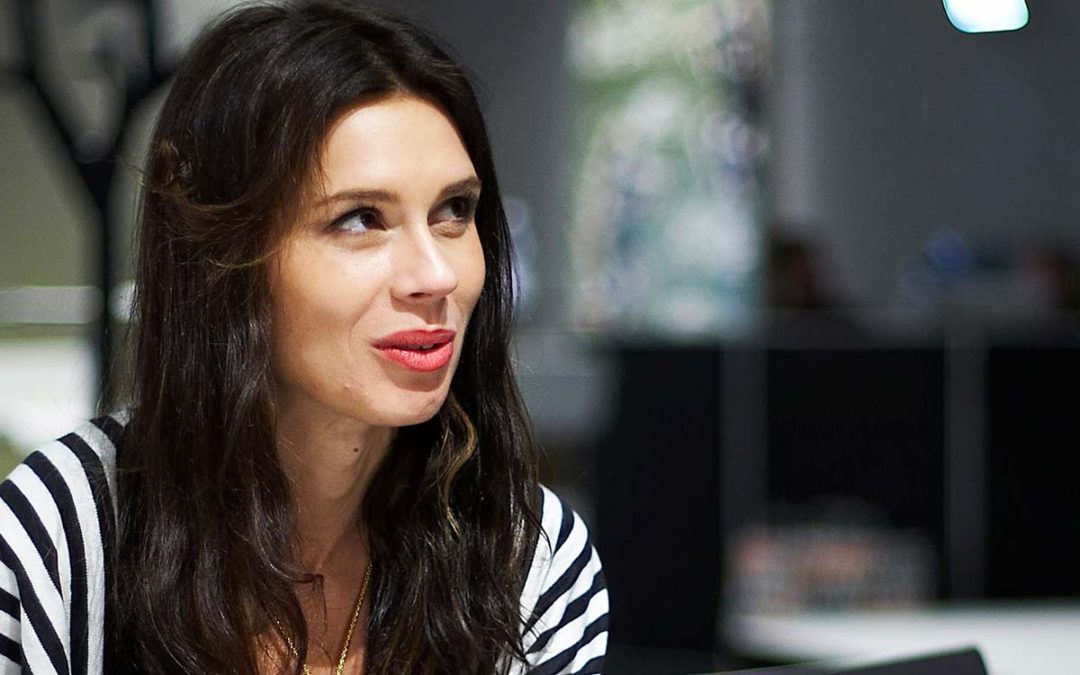 What have Gwen Stefani, Britney Spears, Lucy Liu, Mary J Blige, Björk, Cameron Diaz and Kate Moss got in common, apart from being famous? Yes, they all wear acessories designed by Lara Bohinc, one of the world’s foremost jewellery designers and the new design consultant to world famous Cartier.

With her background in Slovenia and her work in London, she is part of a new generation of creative people with a foot in more than one cultural camp, an advantage that helps them create exciting designs. Bohinc trained at the Ljubljana Academy of Fine Arts in her homeland and at the Royal College of Art in London.

She saw her time as a student as an experimental phase in her career, as was clearly reflected in her work. Unlike the work of many others, hardly any of her graduation collection at the Royal College of Art sold. In response to this, Bohinc explained that chalking up sales was not the idea – she was not out to woo the masses. In fact, there was not really room for the commercial aspect in her designs, something that later turned out to be a contributing factor to her success.

After a few smaller commissions and a brief test of the waters in advertising she opened her own studio in London in 1996. She then won the New Generation Design Award, sponsored by Marks & Spencer, in 1997, giving her the opportunity to showcase her work at the London Fashion Week event. That was the starting gun for her enormously successful career. Some confusion about pronunciation led to her giving herself the trade signature Lara Boeing 747, which she had to give up as a result of pressure from the plane manufacturer. After that she called herself Lara Bohinc 107 (the 107 was the number on her hospital band when she was born).

One celebrity after another has joined the band of admirers who are proud to wear jewellery and other accessories with the Bohinc signature. She has become one of the most dynamic and innovative designers in the business, blending glamour and femininity with inspiration from architecture.The results – luxurious, elegant and sophisticated – are clearly irresistable.