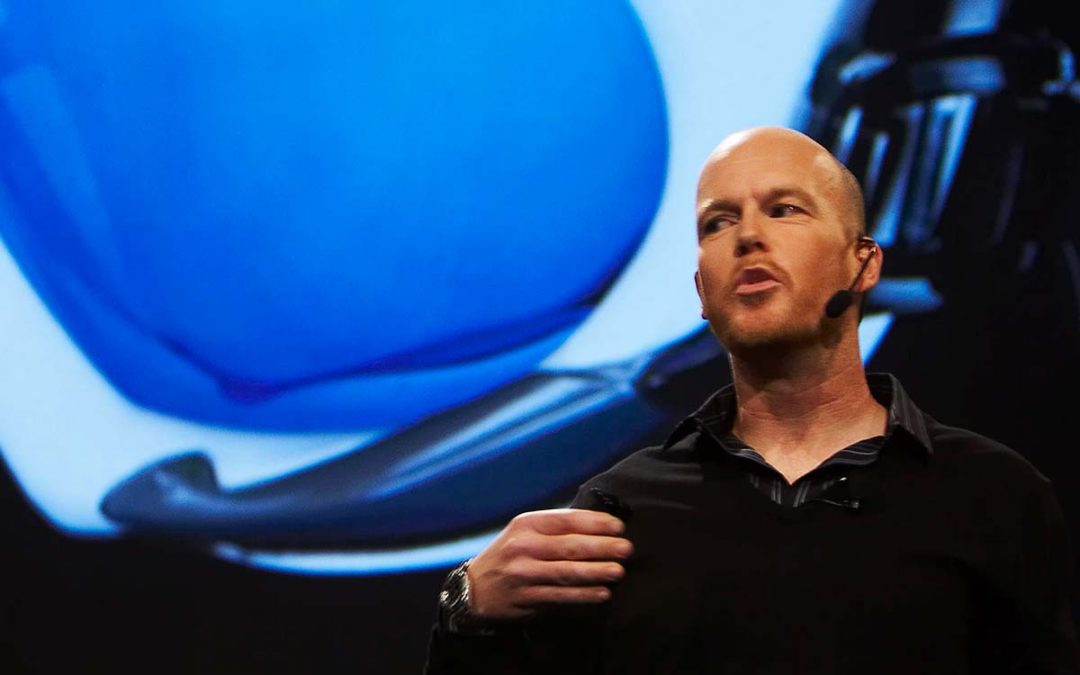 “Which is why I think that the designer must have a seat on the Board, and be in direct contact with the company’s managing director, just the way we did at Apple.” Those words are Thomas Meyerhöffer’s, and anyone with the slightest interest in design and computers knows what Thomas is referring to – Apple’s formidable market comeback with the iMac. It is one of the clearest examples of a company really taking its users seriously, and in the process revolutionising a whole market through design. Meyerhöffer, spelled Meyerhoffer outside Sweden, was one of the people behind that design. In fact, a lot of folks are of the opinion that the iMac was modelled on the eMate school computer that Meyerhöffer designed for Apple four years before the iMac swept the world.

Thomas Meyerhöffer now runs his own studio, Meyerhoffer, in Montara, California. His route there ran from St Martins College of Art in London, the Art Center College of Design in Switzerland, via working at IDEO, Porsche and Apple. His client list of big-name, design-driven brands from the sports, electronics and furniture sectors stretches from Sony Ericsson, Scott, Nike and Smith to Magis, Cappellini, The North Face and Mandarina Duck. And when you know who he works for, it becomes even more clear what he means when he points out – in interview after interview – the importance of design telling the story of a company and how it gives the brand its raison d’être. Anyone with a jacket carrying The North Face label, or a bag from Mandarina Duck, knows what Meyerhöffer is talking about. He reckons that unless you use an overall approach in the design process, you will not succeed in giving the product the brand image, and vice versa. In short, the designer has to be in the process from the very start of all product development.

Meyerhoffer is currently involved in several projects, including a new store concept for Vodafone, a product series for Swedish Doro, and new innovative products for Scott.

The Meyerhoffer web site describes the company mission as follows: “Meyerhoffer studios creates products ranging from sports to technology to lifestyle. Working on a personal level with every project, we create designs with meaning”. Which could perhaps explain why his studio has received so many awards and is featured in the permanent collection of the Museum of Modern Art in San Francisco.